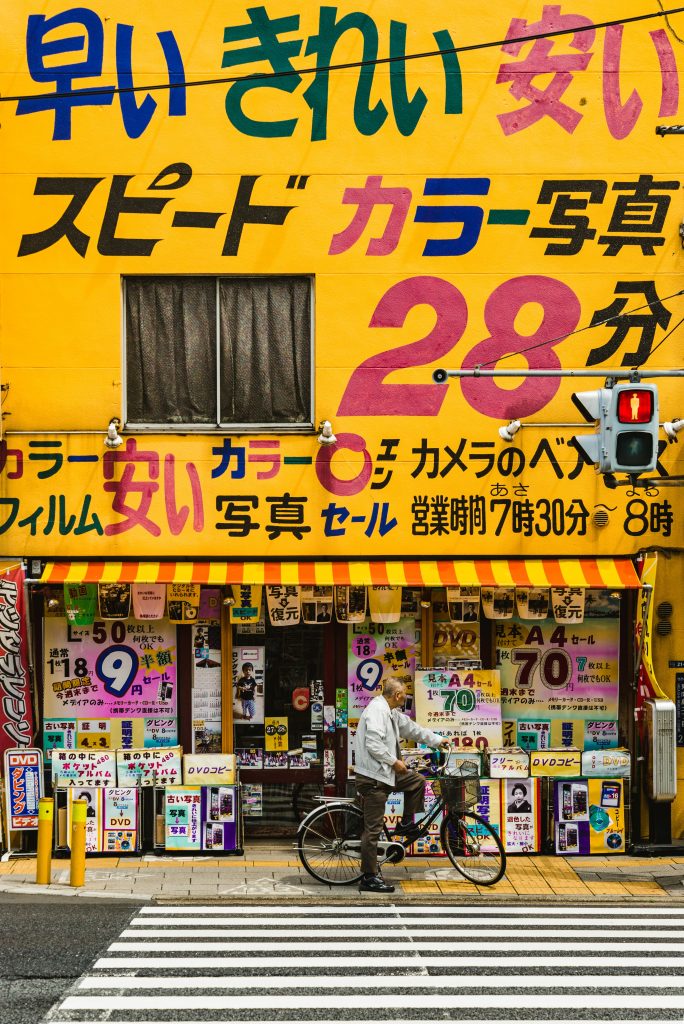 A couple of months ago I rekindled my interest in studying Japanese.

I wanted to write about my current approach but realized I’ve never shared my background with the Japanese language.

So, this is a primer on what I’ve done and where I’m currently at.

One advantage (and possibly a curse) is that my mom is from Japan. (Yamaguchi Prefecture, specifically) I was a stubborn child and refused to learn Japanese growing up. My mom didn’t force it on me and as a result I only knew a handful of survival phrases by the time I was in my teens.

We would visit our grandparents and various relatives in Japan every two or three years during the summers. In hindsight it was advantageous to be around the language so much as it helped condition my brain and ears for the language. But I still couldn’t speak or understand it at all.

When I started high school I saw that they offered Japanese (which was a big deal in 1985), so I started a formal study of the language through three years of high school as well as three semesters at University.

The classes helped me pick up a lot of the basics, but I was hardly what anyone would call “fluent”. I was barely even conversational.

One helpful thing was that I spent two summers in high school working a part-time job at an ice-cream store in the Tokyo area. I still didn’t know much Japanese, but it helped me not forget the Japanese I had learned during the previous year so I wasn’t slipping backward during the summers. (You would think I would have used that opportunity to study Japanese, but I was sort of a lazy kid …)

In college I spent a lot of time with Japanese exchanges students as an international R.A., and that helped me pick up a lot of colloquial expressions and phrases. I also dated someone from Japan for about a year or so during this time.

But still, while I was improving, I never really took it seriously enough (and didn’t really have a solid system for studying languages) so I never got beyond a basic conversational level in Japanese.

And while I did see some small growth in my understanding or ability, I was still flailing quite a bit. It always felt like it was just beyond my reach. Sort of like that dream where you’re running as fast as you can, but not actually moving anywhere.

In hindsight I realize that my problem was two-fold.

First, I didn’t do the work. I would distract myself with experimental study habits or busy-work like meeting with tutors online to make me feel good about what I could do, but never really focus on grinding through the stuff I needed to work on.

Second, I would hit the wall (that I talked about in a previous post) and would quit due to frustration or boredom.

In May of this year, I had the opportunity to visit with some of my mom’s side of the family who now live in the midwest. These are cousins that, when I was a kid visiting them in Japan, they couldn’t speak a lick of English. But now they were all equally as fluent as I was. Plus, they still retained all their Japanese.

I was speaking with one cousin in particular who moved to the U.S. when he was around 10 years old (give or take) and he talked about always feeling inferior and embarrassed by his Japanese. Especially when compared with his older brothers who were already fluent. He was basically experiencing the same thing as me, but at a much better Japanese level.

But he did something about it. He studied intensely. He went to Japan and studied there. In his job he was able to transfer to work in Japan. You might say he had a leg up since he moved to the U.S. after he could already speak plenty of Japanese, but that’s missing the point.

The point is, he put in the work. He studied.

And I could see, immediately, just how lazy I have been. I never really worked on my Japanese. I just played around with it. I didn’t ever really study it. I just did the bare minimum.

I distracted myself with things that didn’t work and never just put in the time.

Speaking with my cousin really lit a fire in me. Ever since that conversation I’ve been thinking constantly about studying Japanese. And not just going through the motions as I’ve always done. But really focusing some energy and mastering the language to the best of my abilities.

It has always been a dream of mine to live in Japan and finally, really, become fluent in Japanese. It almost happened a few times, but I still have not lived there. I’m 51 now, so the odds are pretty slim. Moving to Japan to live and work is a young person’s game. But that doesn’t mean I can’t still learn the language.

There are many examples of people who have become fluent in Japanese (like, actually fluent, not “fluent” like I am) after 5 years of study. Even less. I’m already ahead of the game. I’ve come so far.

It is time to push forward and finally learn this language.

Well, that is a topic for next time …